Kieran Allen is a Lecturer in Sociology at UCD and author of numerous books includingThe Politics of James Connolly, Karl Marx and the Alternative to Capitalism, AusterityIreland (with Brian O’Boyle) and 1916: Ireland’s Revolutionary Tradition.

Seán Mitchell is North-South Coordinator of People Before Profit and author of a ARebel’s Guide to James Connolly and a forthcoming book on the 1932 Outdoor Relief Riots.

John Molyneux is Editor of Irish Marxist Review and author of a number of books includingMarxism and the Party, Rembrandt and Revolution and The Point is to Change It!.

Mike Gonzalez is Emeritus Professor of Latin American Studies at Glasgow Universityand author of numerous books including Che Guevara and the Cuban Revolution and HugoChavez – Socialist for the Twenty-First Century.

Paul O’Brien writes on history, politics and literature and is author of Shelley and RevolutionaryIreland and The 1913 Lockout.

Memet Uludag is a Turkish - Irish socialist in Dublin, actively involved with UnitedAgainst Racism and the Irish Anti-War Movement. He writes regularly at minordetailsnews.net

Robert Ballagh is Ireland’s most distinguished radical artist, organiser of ‘Reclaim theVision of 1916’ and a campaigner for many causes.

Eoghan Conaughten is an anti-war, anti-racist activist and writer.

Tina MacVeigh is People Before Profit Dublin City Councillor for Crumlin-Kimmage and has a PhD in Applied Social Science from UCD.

Mark Walshe is a teacher and socialist activist in North Dublin and also an activist with ASTI Fightback. 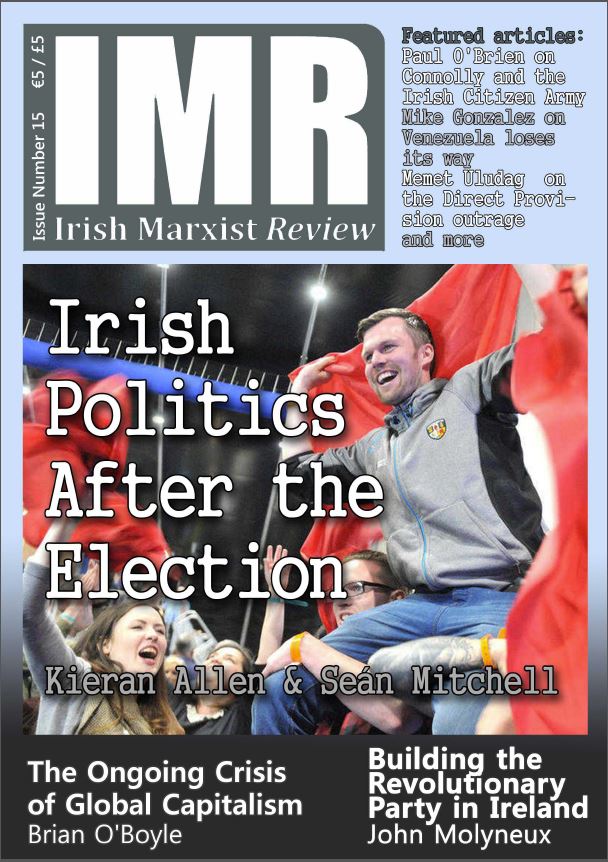