The protests in Ireland and Poland, along with international solidarity protests, against restricted access to abortion services, have revitalised the campaign for reproductive rights and women’s rights and sent a challenge to conservative politicians that a new movement for women’s rights is on the political agenda. More than 30,000 marched in Dublin on September 24th 2016 for the 5th annual ‘Rise and Repeal March for Choice’ organised by the Abortion Rights Campaign with solidarity protests in more than 20 cities around the world. This more than tripled the numbers from the year before, which itself had at least double the numbers from the year before that. More than 65 groups making up the Coalition to Repeal the 8th, including women’s rights and reproductive rights groups, civil and health rights advocates, trade unions and left-wing political parties, actively supported and promoted the march, but the size of the crowd, its youth, enthusiasm and  determination surpassed most people’s expectations. Predominantly young and female, on a miserable rainy day, the marchers called for a repeal of the 8th Amendment, passed in 1983 before any of the marchers under 33 years old was even born and before any under 51 had been entitled to vote, 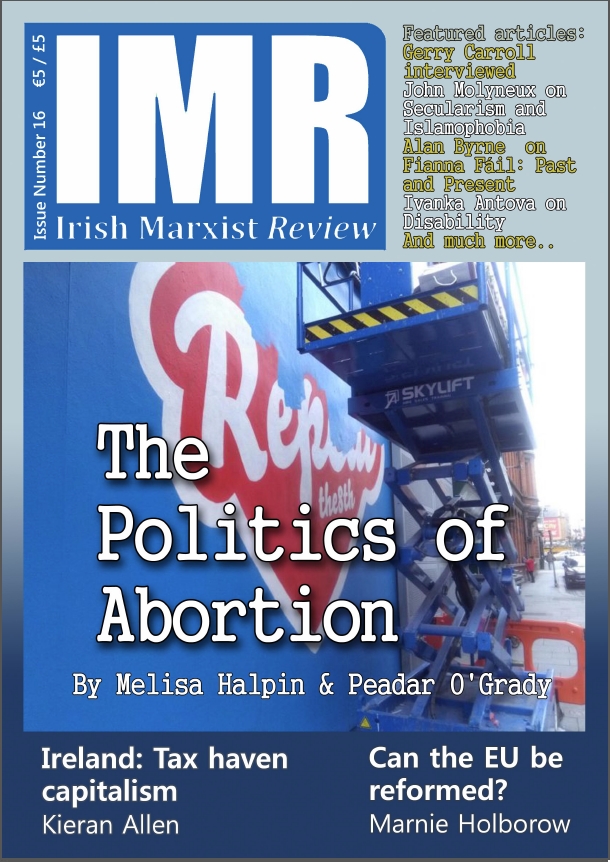