Catholicism and the Irish State - Time to Separate

Irish Catholicism is declining. Nominally,78 percent of the population declared themselves Catholic in a recent census. This data, however, is often completed by the ‘head of the household’ who defines the religion of their teenage sons and daughters. The reality is that religious practice has fallen dramatically. Only one third of declared Catholics attend mass on a regular basis. In the Dublin area, the figure is even lower at 14 percent.1 Vocations to the priesthood have almost collapsed. At the high point of Irish Catholicism, every respectable family hoped that one of its sons would enter the priesthood and, possibly, join the great missionary project of converting ‘Godless’ Russia or the ‘black babies‘ of Africa. During the 1940s and 1950sthere were over 20,000 members of religious orders. Today, just about 20 men volunteer to train for the priesthood each year in Maynooth. There are less than 2,000 priests and their average age is 65 and rising. 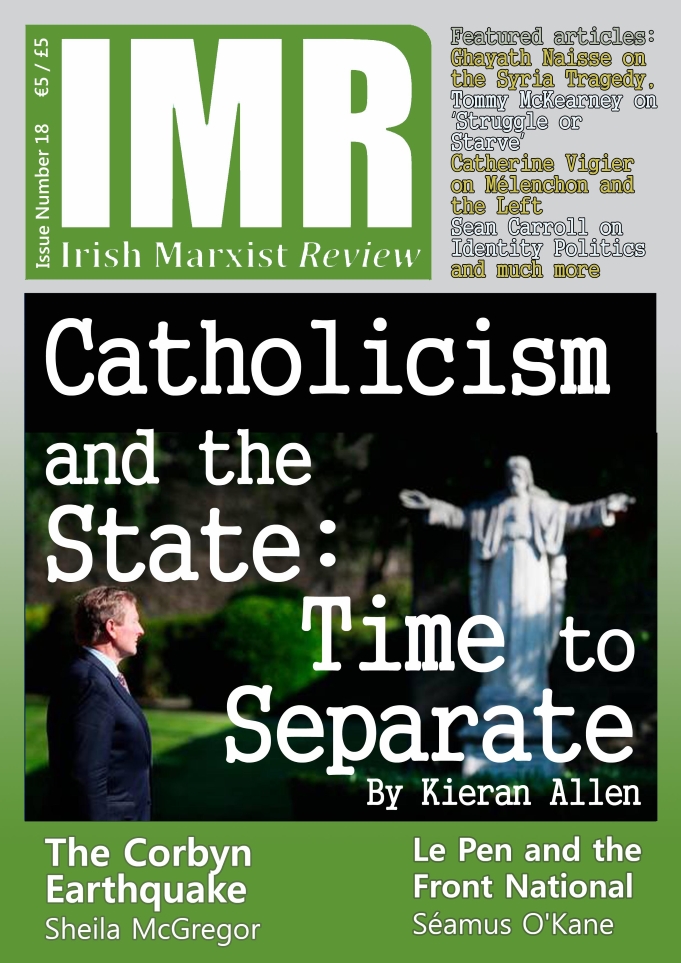