This issue of IMR contains a number of extremely timely articles. First and foremost there is Owen McCormack’s forensic examination of whether capitalism is in fact saving the planet, which not only follows a summer of extreme weather events (flooding in Bangladesh, Donegal, four hurricanes in the Caribbean and the US South, Hurricane Ophelia, forest fires in California and Portugal and much else) but also comes at a time when it is announced that the concentration of CO2 in the atmosphere as reached record levels, that Ireland is nowhere near on course to meet its carbon emission targets and the Citizen’s Assembly is making recommendations about Ireland needs to do to meet its climate obligations. What McCormack’s article demonstrates is that for all the environmentalists in and ‘green’ talk the notion that capitalism or ‘the market’ is going stop climate chaos is an illusion -on the contrary it is precisely capitalism and the market that are the problem. 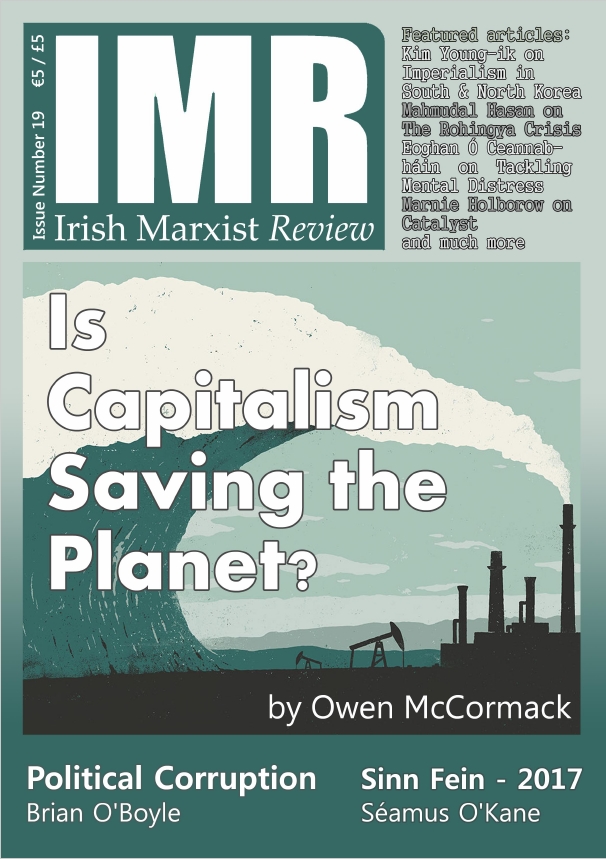