It is a great pleasure to be producing this issue of Irish Marxist Review in the aftermath of the stunning Yes vote in the referendum. To have been doing the opposite, to be attempting to ‘draw lessons’ from a defeat, does not bear thinking about – there was so much at stake, and it was such a watershed moment. But most of what needs to be said on the result and the campaign is covered in our lead articles by Kieran Allen and Bríd Smith. It doesn’t need repeating here.

However, there are two recent political developments which I would like to comment on: Sinn Fein’s opening of the door to coalition with Fine Gael and the alarming fascist marches in Belfast and London. That Sinn Féin should even contemplate entering into a coalition with Fine Gael is a significant shift. Only a couple of years ago their declared position, as represented by Eoin Ó Broin, was that Sinn Féin would only go into coalition if it were the majority/ lead party in the government which meant they were effectively ruling out coalition in the immediate future. Even if many of us on the left never believed this was their real position, the assumption tended to be they would go with Fianna Fail, supposedly the more ‘republican’ of Ireland’s two main bourgeois parties.

Fine Gael and Fianna Fail are both completely capitalist parties, both committed to neo-liberalism, both mired in corruption and simply alternating as the bosses’ A and B teams, with only marginal differences between them: Fine Gael economically  slightly more to the right and more aggressively neoliberal and slightly more socially liberal; Fianna Fail slightly more populist on economic issues and slightly more conservative on social issues (as seen over Repeal). But in terms of the nationalist/republican historical narrative there always seemed more affinity with Fianna Fail, the party of Eamonn De Valera, than with Fine Gael, the Blue Shirt Descendants of Michael Collins and Eoin O’Duffy. Moreover, in terms of Sinn Fein’s electoral base in the manual working class Fine Gael were always the most hated enemy. So this matters and it is a substantial move rightwards. 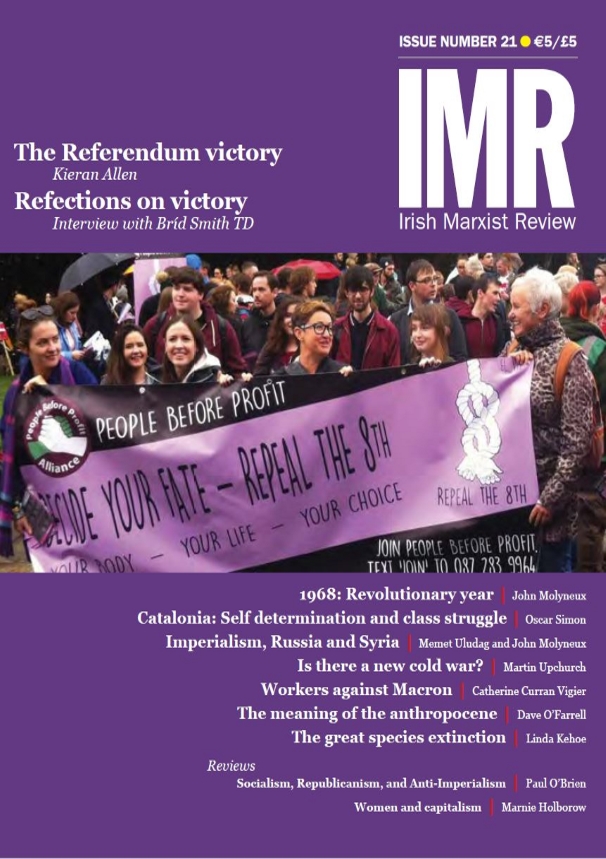