How The Rich Wage a Class War

"Whatever the consequences, Labour must discharge its historic obligation to defend working people as best it can. At this juncture, it can only do so from within the Government. Connolly's party must stay in and fight on".

This is what Jack O'Connor, the President of SIPTU wrote in the latest issue of his union magazine.

Ireland's largest union is totally dominated by the Labour Party. Virtually all full-time officials of the union are encouraged to join. The union is a affiliated to the party and each member pays a proportion of their union dues to the Labour Party, unless they explicitly ask to opt out.

The union also pays over €90,000 in funds to the party each year. So it is probably no accident then that the internal culture of the union is one of permanently induced pessimism and fatalism. Every defeat is covered with the cry that ‘it could be worse'. Every attack by the Irish Independent is taken as proof positive that the union must desperately hold on to the Croke Park deal. Originally, 17,000 jobs were supposed to be cut from the public sector but now it is 30,000 and rising yet still SIPTU clings to its piece of paper. 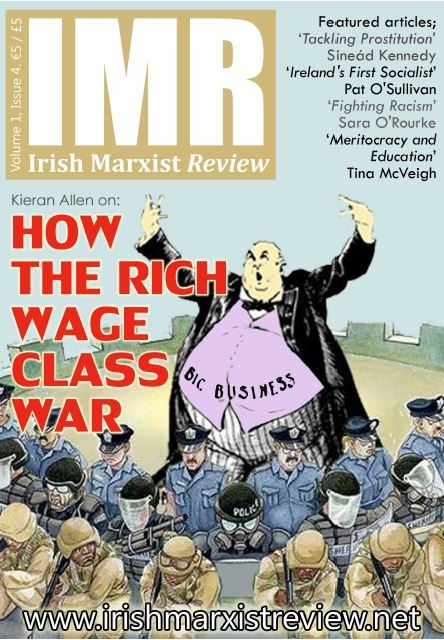